Showing posts from February, 2012
Show All 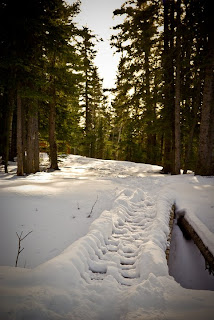 Last weekend we hosted our first of two Rise 'n Shine junior high retreats. Yeaaah! We had a BLAST. We had an amazing team come down from Peace River Bible Institute . They lead us in worship, performed some super funny skits, and told us their stories. Shane (PRBI's Dean of Men) spoke. His talks definitely encouraged laughter, lots of questions, and great conversations. Youth & sponsors joined us from Bergen, Gem, Rosemary, and Crestwood. We had 40 people out, plus our staff and volunteers, to make it a wonderful and exciting weekend. Here's what some of our retreaters had to say about the weekend ... "The whole weekend is well organized with some free time. The focus is on God and getting to know him better and learning to follow him better. That's awesome!" "Great speaker, awesome and funny personal stories to lead into scripture and talks. Simple truths of Go
Post a comment
Read more

February 13, 2012
This is a BIG news blog post because Camp Evergreen is going to have some transitions this year! Two of our managers are moving on to new horizons ... Kerry , our Executive Director, is heading back to the city after nearly four years at Evergreen. While we're sad to see her go, we also know she's excited for the future and that she leaves Evergreen with a lot of love for the ministry and its community. In her own words, "I'm going to miss you guys! It's been a real privilege working in this community: with our board, managers, and amazing seasonal staff. But I'm also confident that this is the right time for a transition in this role at camp." The board of directors is searching for a new director. You can contact Andrew at andrew.baerg@gmail.com if you would like to recommend someone, or to submit your own name. Kerry will transition away from Camp Evergreen when she finds a new position, or when the board finds a new director ... which ever happens f
1 comment
Read more 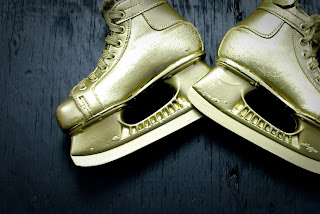 We had the great pleasure of hosting our third annual Three-on-Three Pond Hockey Tournament on January 14, 2012. We had nine teams, up from eight in 2011 and six in 2010, and we also finally had perfect pond hockey weather! We also had The Golden Skates: an actual, kissable trophy. (We know it's kissable because that's what Eric and Kyle did when they won, see?) You may recall that Pond Hockey Day 2010 boasted a high of 8C and melty ice, while Pond Hockey Day 2011 was a frozen affair: -24C for the better part of the day and the kind of cold that chills you right to the bone. This year though? 2012? It was heavenly. Cold enough for good ice, warm enough that it was fun to watch the games. Yeah! And we had super awesome volunteers, like Jason and Carissa (below), Leanne (who cooked) and Trenton (who took fantastic photos). We have to shout out to our amazing, friendly, competitive players, who came from far and wide across Alberta this year: you raised an amazing $18,1
Post a comment
Read more 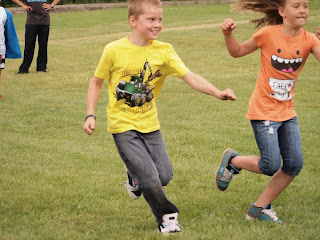 Somewhere along the line here, summer 2012 started creeping up on us! It's seriously right around the corner. We're well into staff recruitment and camper registrations are rolling along nicely ... we had more registrations in January than we ever have before! In anticipation of the coming summer, I have a tale to share with you, submitted by Alyssa. It's her take on her experience as an ARISE camper in summer 2011. ARISE is our learn-to-be-staff camp and it's three weeks of lots of fun, lots of hard work, and lots of relationship and community building. ARISE campers spent one of their weeks in a cabin, working alongside one of our veteran cabin leaders, and they help with games and dishes and cleaning. They also do lots of intensive Bible study time and more! Here's what Alyssa has to say: Before summer, I wasn't sure if I really wanted to do ARISE but looking back, I wonder why I ever doubted it. It was the best 3 weeks of my year. One of the biggest th
Post a comment
Read more
More posts